Before we headed out of Auckland, we made sure to visit the War Memorial Museum in the Auckland Domain as we were told it was worth a tour. And that is correct. It was mostly about Maori and Polynesian culture, and then a war memorial for WWI, WWII, and other conflicts that NZ was involved in. We probably spent an equal time in both parts, but all the pictures are from the Maori/Polynesian wing as, quite frankly, there are World War museums everywhere.

I’d say that it is worth it to check it out if you are in Auckland on a rainy day. 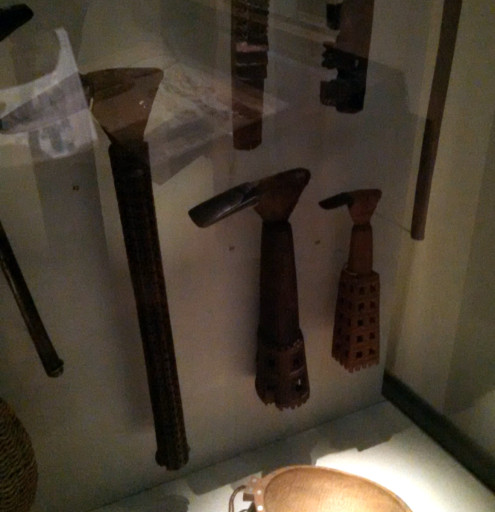 I can tell a gardening tool when I see one. Even if it is a thousand years old and made of stone. 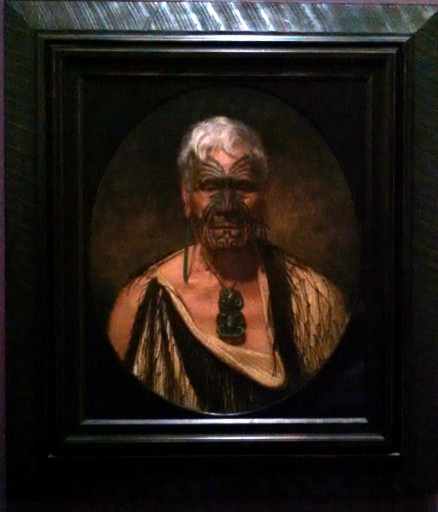 There were some interesting romantic portraits of Maori Chiefs. I chose to share the Waka builder for obvious reasons. 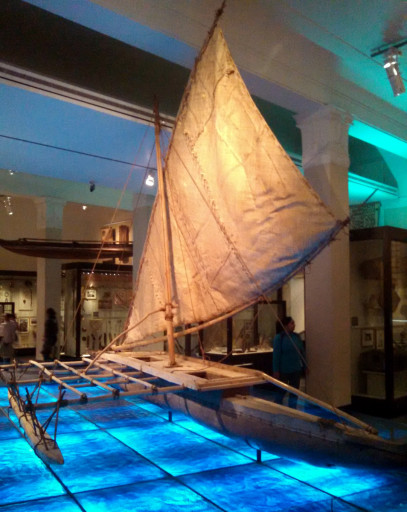 And a cute little crab claw rigged catamaran. Looks like it would be fun to sail even today. 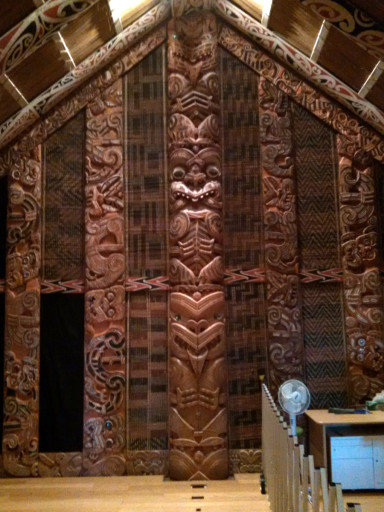 They had a whole house inside the museum. You had to take your shoes off first. My mother would get along well with the Maori by that standard. 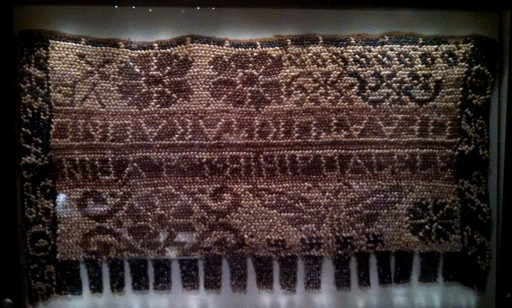 And lots of well done, and in some cases extremely old tapestry and fibre work. This was made with shells as beads and was my favorite of the works.

Sorry for the lack of updates for the past month, but Jasmine and I have moved out of NZ and are currently back in San Francisco. On the way out the door, we visited most of New Zealand and also Sydney in Australia and we have many exciting pictures to show and some interesting stories to tell. So begging some forgiveness, but this is going to be a travel blog for the next week or two while we get back on track with life, then back to the regularly scheduled program.

A bit of a teaser:

Some panoramic Southern Alps in NZ. 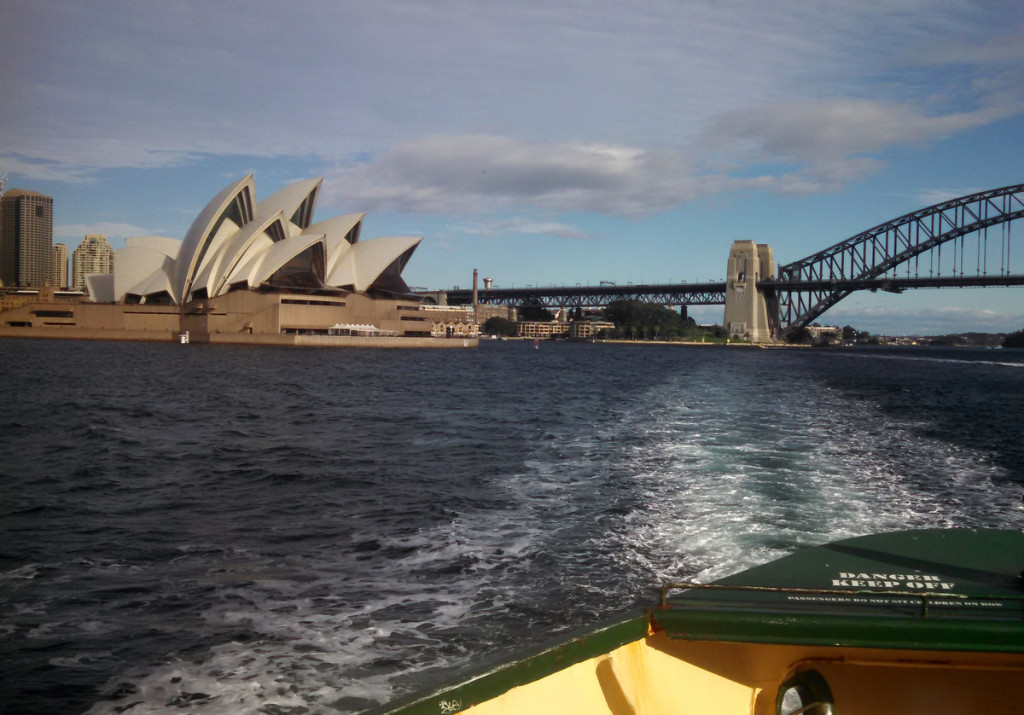 The most Sydney picture ever. The Opera House and Harbor Bridge taken from a ferry out to Manly. 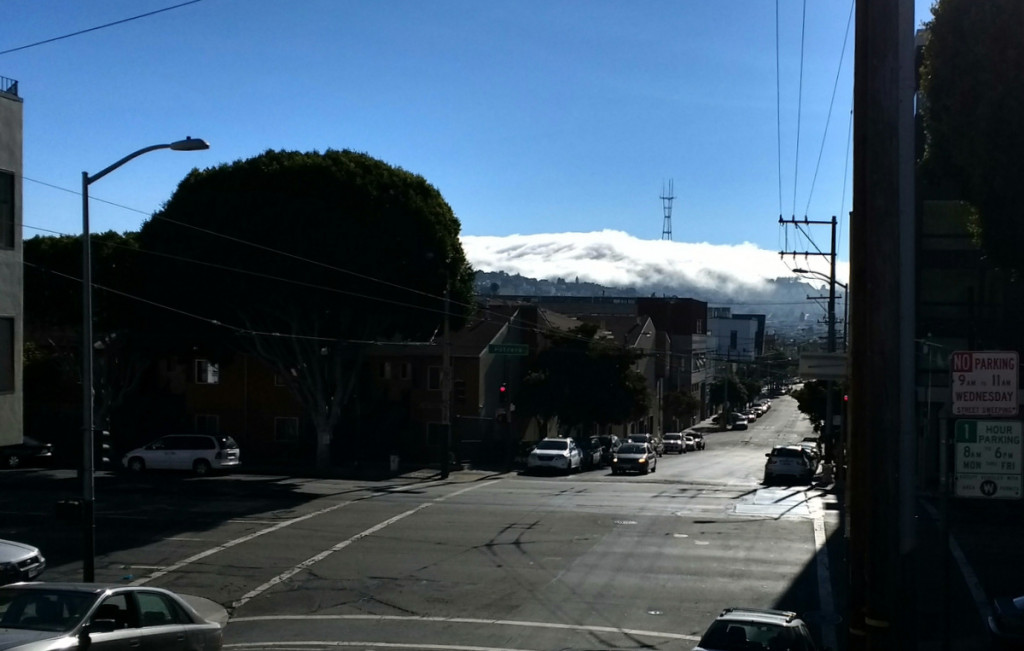 And our ever present SF friend, Mr. Fogbank and his pet the alien robot tripod.

Jasmine and I are getting ready to move out of NZ and we haven’t been on top of blogging as usual. But we had a guest blogger pop up, so here you go.

By way of introduction, I am Kent Droppers, Lloyd’s Dad.  I recently sent Lloyd a text of some work I did on our house in NC that I said was not up to “Neither Rockets nor Robots” quality but I was pretty proud of.  He thought it would meet the requirements.  I know that Lloyd and Jasmine have a good deal on their collective plates at this point so I thought I would make a guest appearance.  So at least as a guest, it is Neither Rockets, Nor Robots, Nor Business Owners. 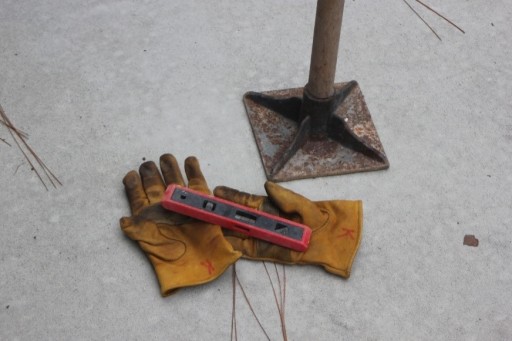 First off is tools.  DO NOT TRY TO THIS WITHOUT SCREENING as a base.  Screening is finely crushed stone.  It compacts fast and hard, but can be reworked quickly.  For the projects below, I used 2 square yards.  You simply dig out the line that you want to build into, two inches deeper than the base of the castle rock and lay in the screening.  There is no way to get something set hard and level without the screening. I have tried sand; I am not that good.

You will also need a good tamper (The one in the picture was my Dad’s so a bit of nostalgia for me.). Good gloves since the castle rock is simply poured concrete that is colored with added grit so it is tough on your hands.  A good short level and a long 2”x2” board for getting left to right level over long stretches.

The first project I did was the bed at the front of our house.  When we built the house, we designed it so that the water would flow from the front of the lot to the house and to the right as you face the house, leaving everything below grade dry.  It works great, but there was a bed at the front and there was a gully being created where it tapered down to the grass.  So a wall was in order.  I ended up filling in with some other rock behind the wall because the volume of water made it necessary to raise the level of the bed to the level of the grass.  Works great.  This was 100’ of wall and pretty easy to build; no need for right to left level (just follow the contour), just front to back on each stone. 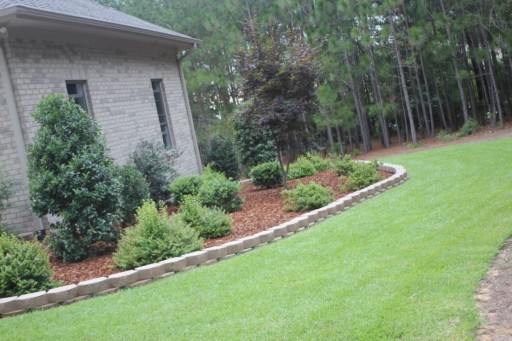 The front of the house.

The next project was the garden.  Lloyd’s grandfather got a little out of control in building a vegetable garden.  It needed to be hemmed in.  Despite the fact that this was only 60’ total, it was the harder project.  It needed to be level right to left, but I also had to make sure that the lakeside level tier was level with the side by the house.  I finished this two weeks ago and the tomatoes have taken over since that point. 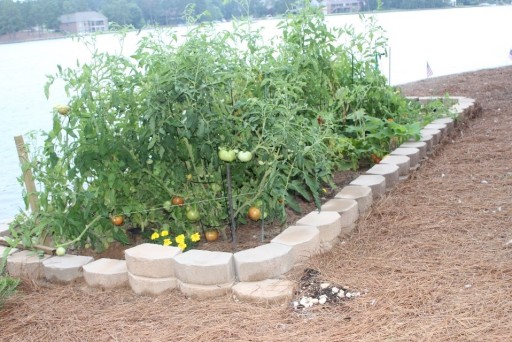 If you are building a wall, getting the first level is crucial and takes time.  Front to back is harder than you think over 100’.  Once you have a good sold base, additional levels are backbreaking but a snap.  One other needed tool for a 60 year old is aspirin.

If I get another guest spot, I want to try my hand at some roasted tomato soup that Tyler, Lloyd’s brother, made for us.  We certainly have enough tomatoes.