We took a long weekend and went up to Victoria. Having been there and blogged about it before, we spent most of our time wandering around the city, checking out the gardens, and having some coffee and nice food. We did things a little differently this time and stayed at a bed and breakfast – which unfortunately stopped doing breakfast.

We had a great time. I think that there is a bit more of the city to explore so we will be going up there again. 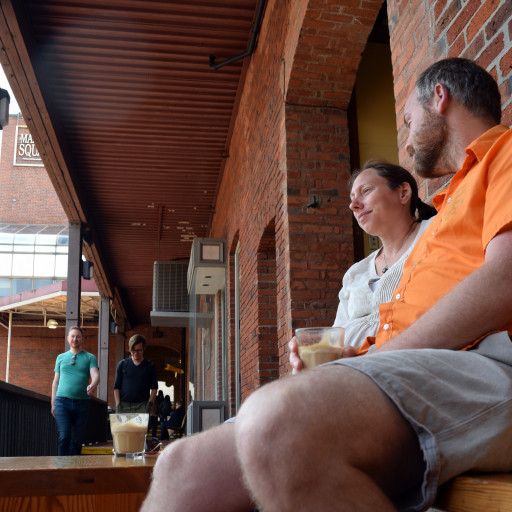 Getting some coffee at our favorite cafe so far in Victoria: Hey Happy. 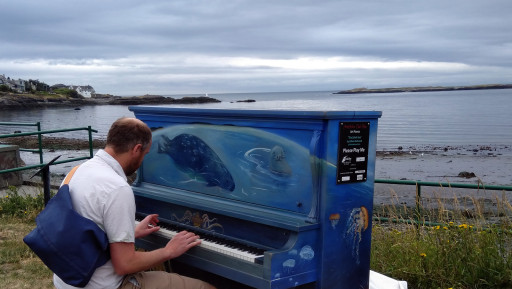 They have pianos distributed all over Victoria. I like to think the seals enjoy it. 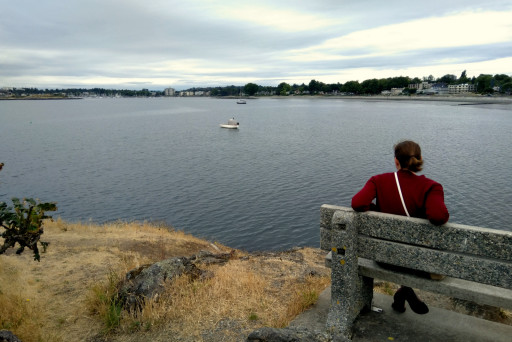 Oak Bay is a pleasant place to sit around. 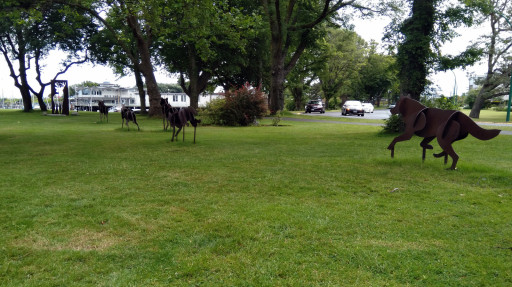 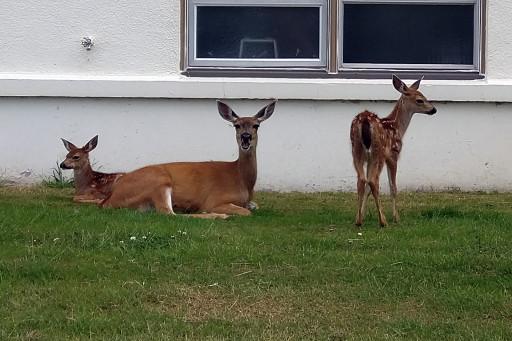 Victoria may need more real wolves instead of steel wolves.

My brother recently got married and, as I have made my own dress for family weddings, it was time to make another dress. I knew I wanted to make the dress out of stretch silk, but wasn’t sure what color I wanted. I probably ordered too many swatches to look at, but ended up settling on a nice lilac color in the end.

The dress was based on my favorite go-to jersey dress that I bought a few years ago so I had to draft a pattern before I began. This necessitated making a couple of mock-ups to make sure I got it right. Once I was happy with the mock-ups, I started working on it in the actual stretch silk.

As I was laying out the dress on the silk, I realized one thing I would have to add: a zipper. There was no way the fabric was going to stretch enough to pull over my head. I immediately added a seam down the back of the dress and started looking at zippers, finally settling on a closely color matched invisible zipper. Unfortunately, I’d never installed an invisible zipper that I was happy with before. A couple of Google searches and several websites later, I felt slightly more confident about it – and then proceeded to put it off as long as possible. In the end, however, I was very happy with the result. 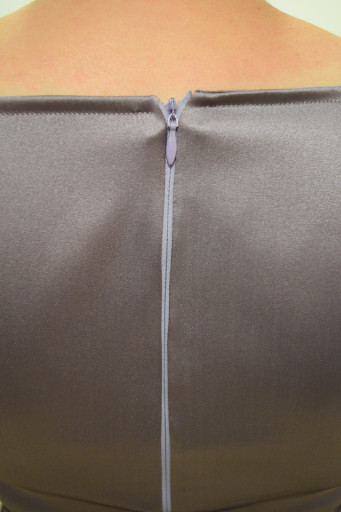 The invisible zipper as installed. Not quite invisible, but nicely done.

In the end, I was very happy with the way the dress turned out; I think I may have a new favorite material to work with! After wearing this dress all day, it was still comfortable and breathable despite the humidity of summer on the east coast. I would definitely make a dress like this again. 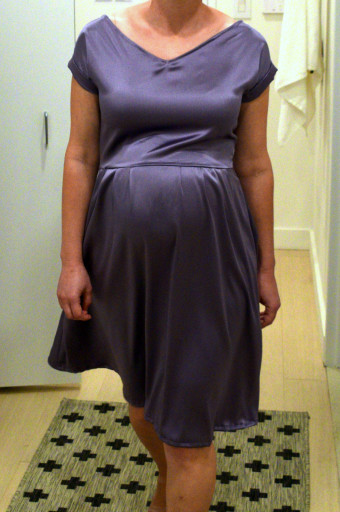 I even put some nice pleats in front. 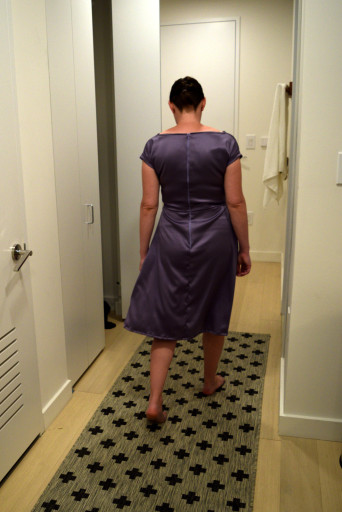 The dress definitely had nice movement. Silk is great for that!

On the second half of the trip, we decided to do some things that were new to us and explore the various water options available. Stop one was Rockaway Beach out in Queens, which we were told was one of the few beaches accessible by public transit. We took the “A” train and headed on out for a pleasant day at the beach. The water was, to our West Coast feelings, very warm even though it was only June. The beach is a very weird thing for the two of us as we are so used to short days with foggy, rocky beaches and cold, wavy water that the warm, calm water, sandy beaches, and 100% sun was pleasant but felt weird.

When we got back to Manhattan, we proceeded to spend a day taking ferries up and down the East River and hanging out in Brooklyn for a while as well. I think that a combo of walking and ferry transit with some good food, cafe stops, and great views is my perfect vacation, so I give the East River ferry an A+ and the same grade to NYC Ferries for graphic design. 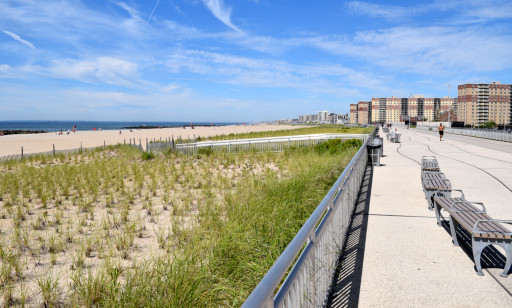 The beach was pretty empty until noonish. 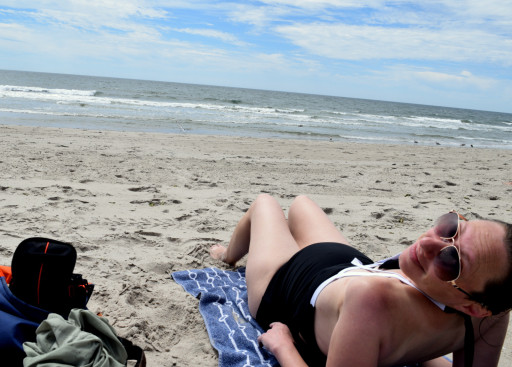 Chilling between dipping in. The waves were just large enough to body surf, so that is what I spent a solid 3 hours doing. 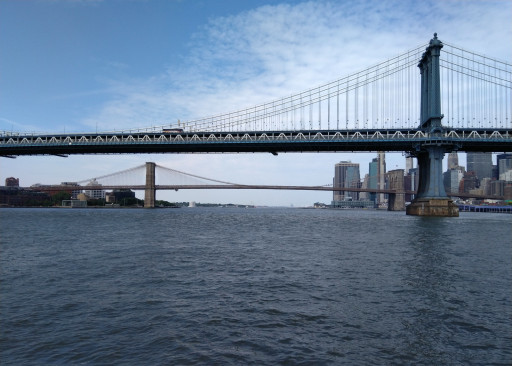 A bit of a fun-house maze area on the Brooklyn Bridge Park was a cute change of pace. 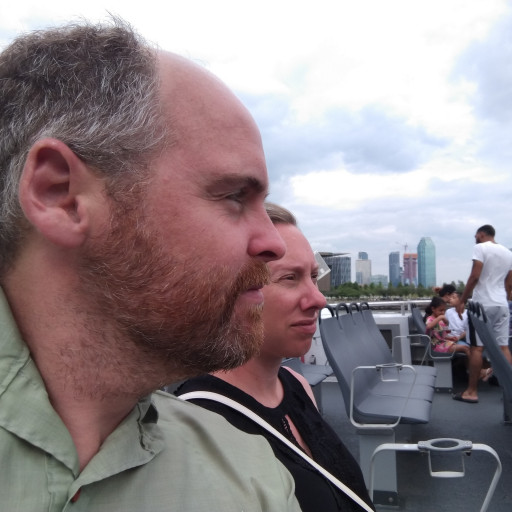 This is cover of our upcoming LP “Futures”.

Is everything they say, and no place that I’d rather be. Where else can you do a half a million things all at a quarter to three. In somewhat recent news, Jasmine and I were in New York for a family wedding and it is about time it showed up on the blog. The wedding was fun and went off with only a single hitch so you, gentle reader, get to hear about about the rest of the trip.

We got a hotel in FiDi so, in the standard Lloyd and Jasmine fashion, we proceeded to walk every block of lower and midtown Manhattan from Battery Park through Central Park. Two major complaints: first where do you keep your chill cafes? That, more than anything else, we missed from the West Coast. And second, our favorite park during the last visit was the Highline, but holy crap is it a tourist mecca now! We could barely find standing room much less enjoy the park.

Now onto the good things – like ICE CREAM!!! Our favorite was Van Leeuwen’s, but there were so many awesome options. I think Seattle has something to learn here. Food was also consistently good; it is one of those things you forget occasionally when you don’t live in a major city, but city restaurants are miles better than rural ones on average. This is one of the reasons we are keen on the move from Renton to W. Seattle.

Finally, we spent a lot of time walking the paths and parks on both the East River and the Hudson. These are both much nicer than I remember from last time I was in New York and quite pleasant to walk on. Whereas three years ago I said don’t miss out on the Highline, I would revise that to walk the Hudson from Battery to Pier 51 on the Greenway. 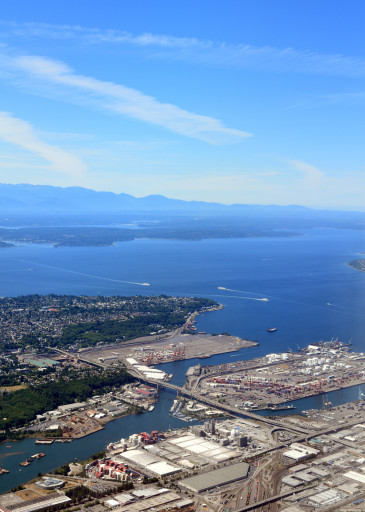 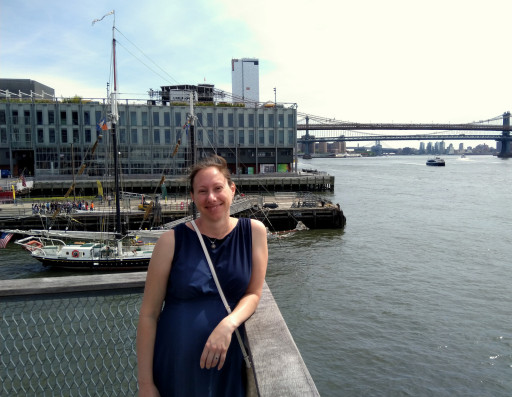 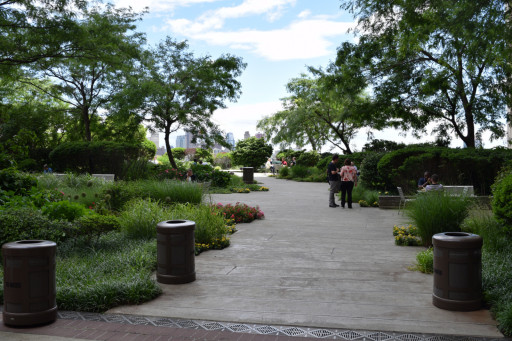 This is a rooftop park in the Financial District. I love the concept of public rooftop parks in cities. 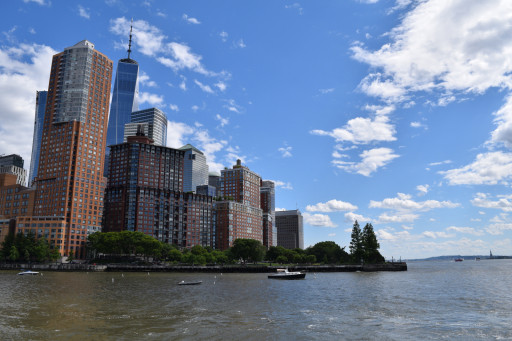 And the Hudson in the morning. It was very picturesque with just the right lighting. 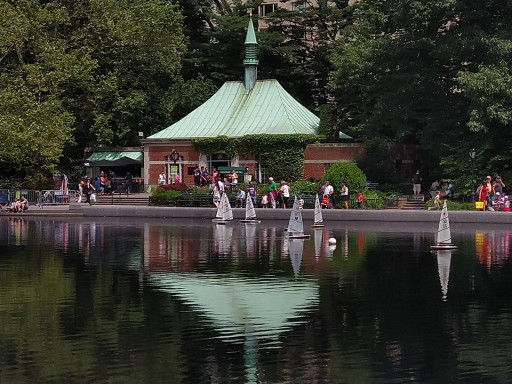 Some yachting in Central Park.