A few weekends ago Jasmine and I went hiking on the Bay Trail, and I thought I would share some pictures.  But first you ask, “What is the Bay Trail?” Basically, it is a series of not connected trails that go around the San Francisco Bay.  We have hiked all of the trail through the city of San Francisco, though most of it was not hiking but rather walking though quasi-abandoned industrial areas in the southeast of the city.

The section that we hiked between the Sunnyvale Baylands park on the south tip of the bay and the Dumbarton bridge was rather pleasant.  For the most part, it seemed to be well used by joggers and bicyclists but any section farther than one mile from a parking lot was pretty abandoned.  The only sad part was that the trail section we were on ended abruptly just south of the bridge and we had to walk though a construction zone and past a very confused security guard to make it back to the Palo Alto Caltrain station and home safe.  Over all, it was a very fun, if tiring 24 mile hike.

Animated GIF of every 5 minutes of the hike looking forward. (You may have to click to animate.) 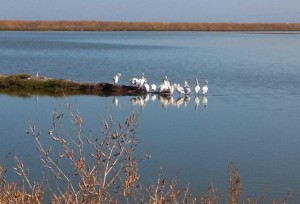 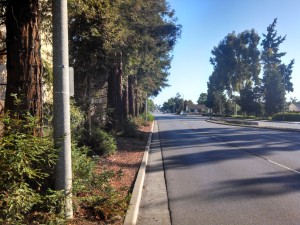 Sunnyvale only partially believes in sidewalks 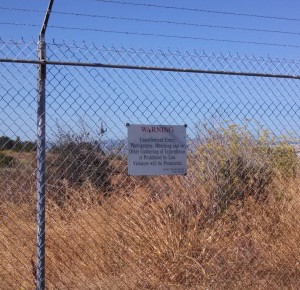 I had to talk a picture of this sign

There were lots of birds on the hike 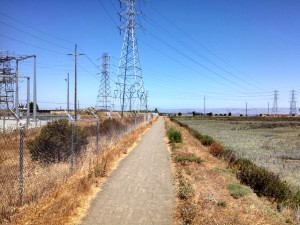 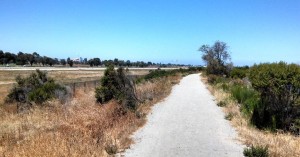 The trail goes by a small airport which is cool 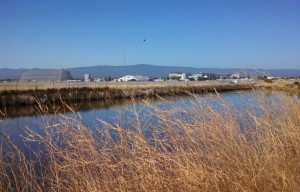 NASA Ames is right next to the trail 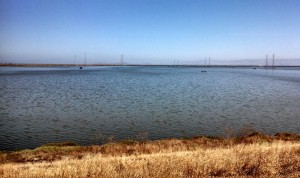 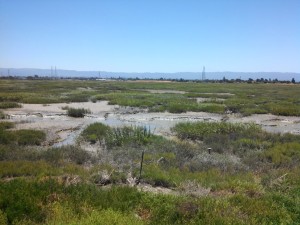 Some of the trail was swampy 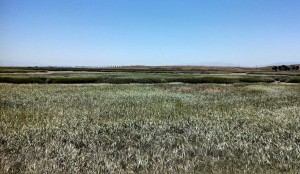 And some of it was grassy

One thought on “Bay Trail (Baylands to Dumbarton)”