Our usual tradition on the day after Thanksgiving is to go for a hike, mostly to work out all of the extra turkey. We couldn’t do that this year, so we decided to take the opportunity on Christmas to go for a hike, which is close enough, right?

Not that far away from our house is Tiger Mountain, which is part a small chain of mountains called the Issaquah Alps. We haven’t really had the time to explore them yet and, since today was sunny and delightful, we decided to go on a hike.

The trail we took was up to Poo Poo Point, which I learned was named after train whistle noises that are more commonly written today as Whoo-Whoo. It was a steep 7 mile round-trip hike that was a pleasure and quite pretty. There was the standard cascade forest throughout the hike that opened up to some small number of clearings at the top.

To top it all off, we got a White Christmas! At the top, there was still about 3″ of snow so we enjoyed ourselves immensely in the snow with our fellow hikers and a copious number of dogs. 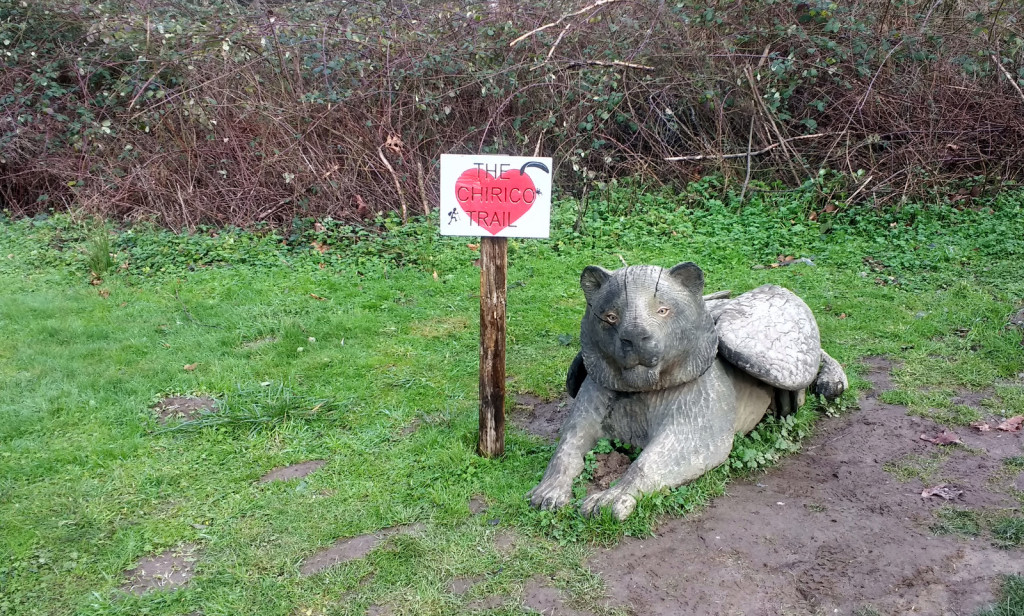 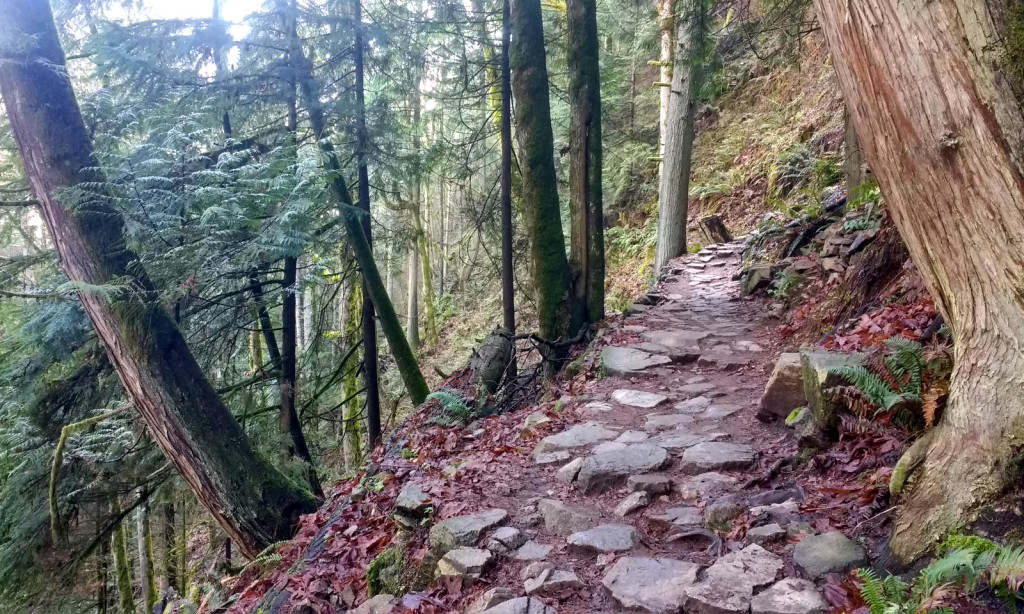 The first mile of the trail has some seriously paved paths.

The intermittent fog made for some really pretty hiking. 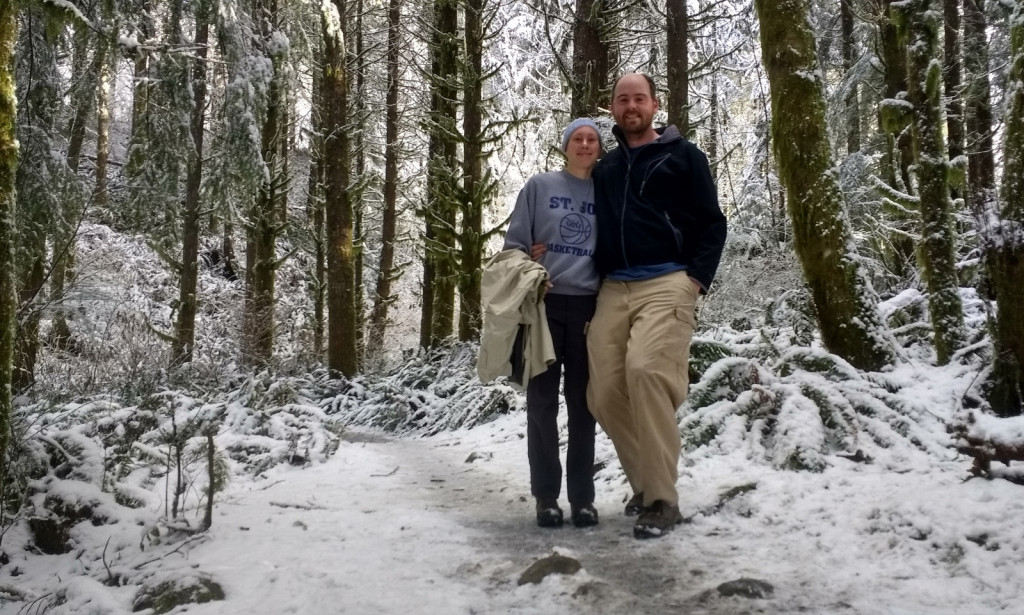 Snow! I think I know what might be our next Christmas card picture.

The top of the trail head is a paragliding spot, which means it is open enough for a stunning vista :).