We decided to go for a nice weekend trip since the weather looked like it was going to hold out for the weekend and were rewarded with a beautiful weekend on the Olympic peninsula. We hadn’t really gone out much previously but, as we now live next to the Fauntleroy ferry terminal, we have no excuse not to go out more frequently.

On day one, we drove and ferried over to Olympic National Park and went for a hike to some waterfalls and around Lake Crescent. It was pretty in the standard Pacific Northwest way with the moderately dense cedar forests, cascading cascades, and obscenely clear blue lakes. As always, we were highly amused by the trails full of people up to the first picturesque site listed on the map and then clear of anyone afterward. As a general spoiler, we consider the walk its own reward. 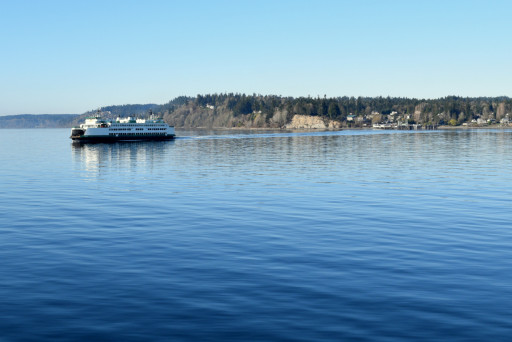 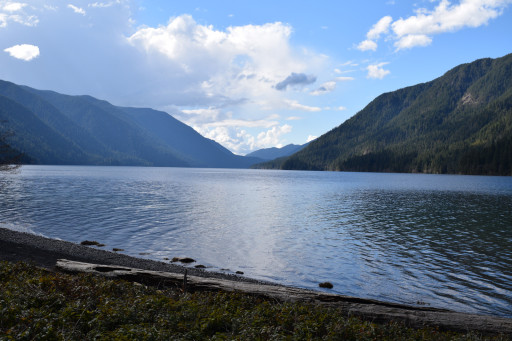 The lake was a pleasant little walk since the main trail was under construction :( 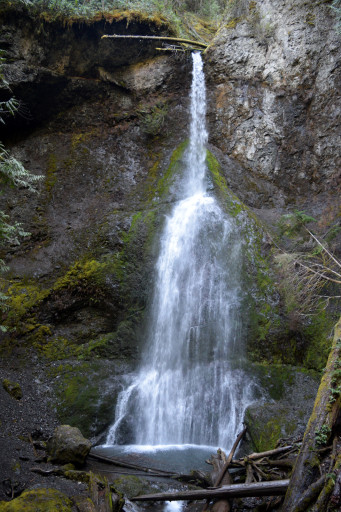 Waterfall! Not even called bridal falls for a change of pace. 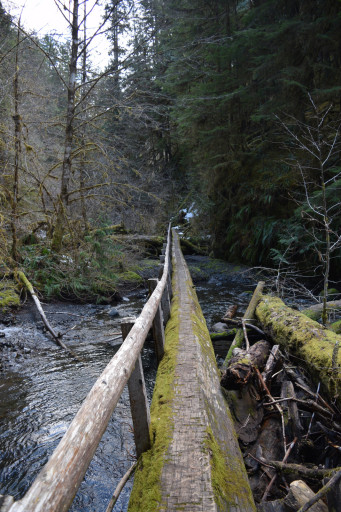 This was a singe tree bridge that was around 150 ft long. That is like 30 meters! 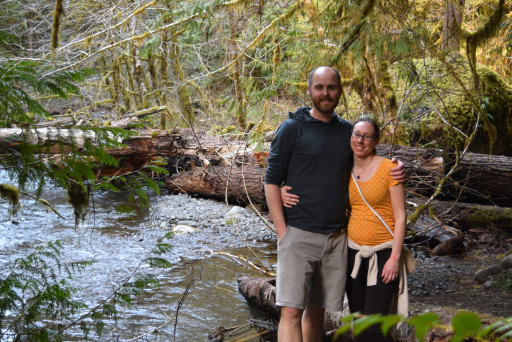 Now with thinking ahead pictures of Jasmine and Lloyd.